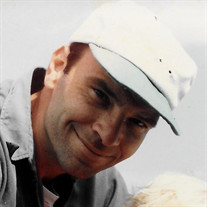 GIVENS, Charles Irwin Palmer – 64, of Cape May. His nets were set on March 15, 1951 in Bryn Mawr, PA and the Lord hauled him back on January 30, 2016. He was a Cape May resident for 43 years, but his family roots in Cape May Point and Cape May County go back to his birth. Charlie graduated from Haverford High School (PA) in 1969 where he excelled in lacrosse and high jinx. He continued his lacrosse and football career at PMC/Widener College. During summer vacations at his family’s home in Cape May Point, he would work on clam boats at Snow’s. Thus was born his true calling as a commercial fisherman which he pursued until his retirement. The last 27 years he was a self-employed crabber/waterman and operated Cape Shore Crabs and Seafood with his wife, Linda and son, Ryan. He was fiercely proud of his vocation and the friendships that he formed on the sea. He loved to work under the sentinel of the Cape May lighthouse that his grandfather, Howard Palmer, tended for many years. When weather conditions were rough and Linda would urge him to stay home, his standard response was, “If my grandfather could climb to the top of the lighthouse twice a day, I can go haul gear.” Charlie was a tireless advocate for fisherman’s rights and was a founding member of the Delaware Bay Watermen’s Assoc. He was also a member of Tabernacle United Methodist Church. When health forced him to give up fishing, he and Linda worked their 5 acre organic vegetable farm. Charlie leaves behind a loving family to cherish and celebrate his life and that family includes his wife, high school sweetheart, best friend and love of his life for over 41 years, Linda (nee Leute); son, Ryan (Gina) Givens; daughter, Lindsay (Dan) Casale; granddaughter, Sadie Givens; sister, Harriet (Robert) Johnston; also nieces, nephews, extended family and many dear friends. Charlie was predeceased by his parents, Charles H. Givens and Ada P. Givens (nee Palmer); and his daughter, April. Funeral services are being held privately. In lieu of flowers, memorial contributions are suggested to: Gene Sole Scholarship Fund, PO Box 2324, Cape May, NJ 08204. - Although this site offers many options to send flowers, PLEASE observe the request of the family to send a memorial contribution instead to the Gene Sole Scholarship Fund (address above).

The family of Charlie Givens created this Life Tributes page to make it easy to share your memories.

Send flowers to the Givens family.