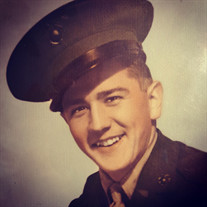 OHRENICH, Charles, Sr., - 88, of Cape May passed away on Sunday evening, July 16, 2017. A man of honor, Charlie proudly served in the United States Marine Corps during World War II. His career as an auto mechanic, allowed him to own and operate his own successful business, South Philadelphia Bear Chassis Service on S. Broad St. for 40 years before retiring in 2006. Charlie and his wife Anna purchased a second home in Cape May in 1970 and were fortunate to retire there in 2006, after living in Woodbury Heights, NJ for many years. He was a member of Our Lady Star of the Sea Church, Cape May; Cape May VFW; and the Lower Twp. Moose Lodge. Rarely apart at any time, Charlie loved his wife Anna dearly. Spending time sitting on their porch, together they reveled in engaging passersby in conversations. He not only promoted a homeopathic lifestyle, but was eager to share his wealth of knowledge with anyone trying to attain better health. To know Charlie, is to know his generosity and hospitality. He loved cooking for family and friends, especially anything spicy. Garlic and cayenne were often on the menu. If you didn’t see Charlie on the mainland it was because he was out fishing on his boat, whether drifting for flounder or trolling up bluefish, this was a true passion. A man of simple tastes, Charlie’s focus was on his faith in the Lord Jesus Christ, Family and his wife Anna, and being the best, he could be for anyone with whom he came in contact. He will be dearly missed by his companion around town, his dog, Cooper. One of 16 children, he is predeceased by 12 siblings. Charlie is dearly missed by his loving family which includes his wife of 66 years, Anna (nee Bobbie); seven children, Charles Jr. (and Joanne), Mark (and Patty), Richard, Bruce (and Trish), Chris (and Lisa), Andrea and Dan (and Laura); nine grandchildren; seven great grandchildren; three sisters, Betty, Dorothy and Stephanie. Mass of Christian Burial will be celebrated on Friday (July 21st) at 1:45pm in Our Lady Star of the Sea Church, 525 Washington St., Cape May where friends will be received from 12:15pm until 1:30pm. Interment with military honors will follow in St. Mary’s Cem., Cape May. -

OHRENICH, Charles, Sr., - 88, of Cape May passed away on Sunday evening, July 16, 2017. A man of honor, Charlie proudly served in the United States Marine Corps during World War II. His career as an auto mechanic, allowed him to own and operate... View Obituary & Service Information

The family of Charles Ohrenich Sr. created this Life Tributes page to make it easy to share your memories.

Send flowers to the Ohrenich family.