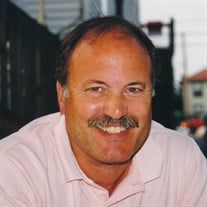 CONWELL, BRUCE B., SR., Esquire – 68, of West Cape May passed away on Tuesday, September 13, 2016. Bruce was born and raised in Swarthmore, PA and has been a resident of West Cape May for over 30 years. He graduated from Swarthmore High School; Gettysburg College and Hamline University School of Law where he received his Juris Doctorate. Bruce proudly served in the United States Army Reserves during the Vietnam War. His career as an attorney began in 1982 with the Gaver & Mead Law Firm. Bruce would ultimately become a partner with the firm, and one of his proudest moments came when his son, Bruce Jr., joined him in his practice. Bruce served the Cape May area with professionalism, integrity and genuine kindness. An avid cyclist who could often be found riding the streets of Cape May, he had recently surpassed 30,000 miles, but he never hesitated to stop and talk with those he knew. Bruce also had a lifetime passion for Philadelphia-based sports teams, particularly his beloved Phillies. Attending games, Bruce was a true sight to behold: cheering, booing (occasionally), and dancing, all with a smile from ear to ear. Win or lose, his enthusiasm was contagious. He enjoyed fishing, skiing, bodysurfing and working in the yard. Music and travel were also a big part of his life, however nothing brought him greater joy than his family. A devoted husband to his “Pretty,” a loving Dad to his son and two beautiful daughters, and more recently a Pop Pop to five young grandchildren. Bruce also loved his siblings, with whom he would often go fishing in their dear mother’s boat, the Sea Newt. Bruce lived his life for his family and friends, always putting the needs of others before his own. He is predeceased by his parents, Ned and Betty Conwell and his brother, Jim Conwell (2016). Bruce is dearly missed by his loving family which includes his wife of 34 years, Jan; three children, Jennifer (and Deuce) Greaney, Bruce Jr. (and Theresa) and Katie Conwell; five grandchildren, Hunter, Haven, Ashton, Sloane and Quinn; siblings, Bill (and Sandy), Betsy (and Neil) Fisch, Ted (and Marianne) and Dave (and Eva); as well as nieces and nephews. Friends will be received on Tuesday evening from 6pm to 8pm in the Spilker Funeral Home, 815 Washington St., Cape May. Additional visitation time is offered on Wednesday from 10am – 11:15am in the First Assembly of God Church, 1068 Seashore Rd., Cape May (Lower Twp.) where funeral services will begin at 11:30am. Interment will be private and at a later date. In lieu of flowers, memorial contributions are suggested to the Gene Sole Scholarship Fund. Information may be found at www.genesolescholarship.com - Although this website offers many opportunities to send flowers, PLEASE observe the request of the family to send a memorial contribution instead to the Gene Sole Scholarship Fund. Information may be found at www.genesolescholarship.com

CONWELL, BRUCE B., SR., Esquire &#8211; 68, of West Cape May passed away on Tuesday, September 13, 2016. Bruce was born and raised in Swarthmore, PA and has been a resident of West Cape May for over 30 years. He graduated from Swarthmore High... View Obituary & Service Information

The family of Bruce B. Conwell Sr. created this Life Tributes page to make it easy to share your memories.

Send flowers to the Conwell family.