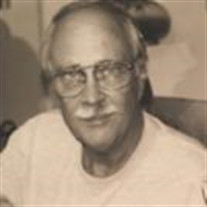 AXELSON, Bruce E. – 75, native and lifelong resident of Cape May, passed away on Thursday, April 4, 2019. Bruce graduated from Lower Cape May Regional High School in 1962 where varsity lettered in baseball and later earned a try-out with the Philadelphia Phillies. In his younger years, Bruce fished with his dad on their family commercial fishing boat, FV Two Brothers. He and his late brother and best friend, Carl, embarked on many business ventures together which included their ownership of Mayer’s Tavern (1974) in Cape May and the Captain’s Cove Restaurant (1982) in Cape May. Bruce was a fun-loving man. He had an amazing warm smile and sparkling blue eyes. He was a friend to everyone and an enemy to none. He loved with his whole heart, especially his grandchildren. He was a renaissance man who was passionate for the game of baseball (Brooklyn Dodgers) and food, being known for his legendary fried scallops. Bruce will also be remembered for his willingness to bet on just about anything, including how long it might take an ice cube to melt. He is predeceased by his brother, Carl Axelson (2017). Bruce is dearly missed and forever loved by his family which includes his two children, William “Billy” Axelson (and Jeanne) and Lisa Axelson (and Scott Philip); his wife, Liz; four grandchildren, Lily (Ken), Daniel, Axel and Anna; two great grandchildren, Kaden and Kianna, and dear friend and companion, Sue Lockerman. Relatives and friends are invited to Bruce’s viewing on Thursday (April 11th) from 10am until 11am in the Spilker Funeral Home, 815 Washington St., Cape May where Bruce’s life will be celebrated with a ceremony in the form of his family and friends sharing their thoughts, memories and love beginning at 11am. Interment will follow in the Cold Spring Cem., Lower Twp. In lieu of flowers, memorial contributions are suggested to the Muscular Dystrophy Association. (Spilker Funeral Home, Cape May) info and condolences: spilkerfuneralhome.com.com

AXELSON, Bruce E. &#8211; 75, native and lifelong resident of Cape May, passed away on Thursday, April 4, 2019. Bruce graduated from Lower Cape May Regional High School in 1962 where varsity lettered in baseball and later earned a try-out with... View Obituary & Service Information

The family of Bruce Axelson created this Life Tributes page to make it easy to share your memories.

Send flowers to the Axelson family.