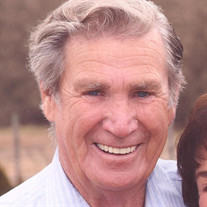 WALLACE, Robert E., Jr. – 76, of Cape May passed away peacefully on Tuesday, April 21, 2015. Bob graduated Cape May High School in 1958; at CMHS, Bob earned a record setting 16 Varsity letters; was a proud member of the 1957 South Jersey Basketball State Championship Team. Bob’s crowning accomplishment at CMHS was meeting his bride, Edie Sandman. Bob served 5 years in the United States Army where he was stationed in France. In 1963, upon returning to civilian life, Bob worked for the consulting engineers on the Cape May Lewes Ferry and as a Cape May Fireman. Then his entrepreneurial spirit kicked in. Bob and Edie purchased a service station, rental units and later added a car wash. Next, he moved onto a 30 year bar and restaurant venture, Wallace’s Whalers Cove. In 2004, Bob sold his business and retired to become a ‘gentleman farmer.’ Bob is a Past Master of the Cape Island Masonic Lodge #30 F&AM and a lifelong member of the Birds of a Feather Hunt Club. Bob enjoyed many hunting and fishing trips including Argentina, Scotland, Canada and the Caribbean; this passion for the outdoors has been passed on to his son and grandsons. Bob has the power of a lion with the heart of a lamb. He is a man of strong fortitude and unfaltering character; Bob’s driving force throughout life was his devotion to family. Bob and Edie’s 57 years of marriage are blessed with numerous wonderful memories raising their 2 children and enjoying over 22 years with their 6 grandchildren. Sharing of holidays, trips and special moments were bountiful! He is predeceased by his parents, Robert E. Wallace, Sr. and Kathryn (nee Blevin); sister, Kathryn Wallace Seikierda and his brother-in-law, Charles W. Sandman, Jr. Bob is dearly missed by his loving family which includes his wife of 57 years, Edith (nee Sandman); two children, Robert (and Antoinette) Wallace, III and Deborah Ann (and Leo) Zimmermann; two sisters, Margaret Haggerty and Doris Flatau; six grandchildren, Meghann, Leo, Alexandra, Delaney, Kaitlyn and Robert, IV; sister-in-law, Marion Sandman; also many nieces and nephews. Funeral services will take place on Saturday (April 25th) at 11am in the Spilker Funeral Home, 815 Washington St., Cape May where there will be a viewing from 9:30am to 11am. Interment with Military Honors and Masonic Services will follow in the Cold Spring Cemetery, Lower Twp. In lieu of flowers, the family would like memorial contributions sent to the Sally Laffey Trust Fund, c/o Sturdy Savings Bank, 3851 Bayshore Rd., North Cape May, NJ 08204. - Even though this website offers options of sending flowers, please observe the request to send a memorial contribution to the Sally Laffey Trust instead of flower -- this is something the family feels very strongly about and in Bob's passing they would like to show their support to the Laffey Family.

The family of Bob Wallace created this Life Tributes page to make it easy to share your memories.

Send flowers to the Wallace family.