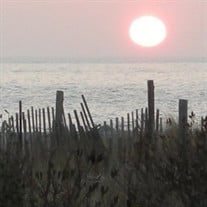 GILLIES, Robert Francis “Bob”, born in Philadelphia on October 2, 1933, passed away on July 1, 2015 after a long battle with cancer, having lived in Cape May since 1996. He was much loved and will be greatly missed by Peg, his wife of 52 years; his children Carter, Kimberly, Jordon (and Angela), Binti (and George); grandchildren Samantha, Brandon, Joshua, and Jordon; two great-grandchildren; and his brother Charles (and sister-in-law Janet). Bob was educated at Girard College, a boarding school for fatherless children in Philadelphia, from the age of 6 until high school graduation. He served in the U.S. Army for two years and was honorably discharged in 1956. He graduated from West Chester College and pursued a career in computer science. For many years he enjoyed running and cycling. After retiring in 1996, Bob cycled around the United States with his wife who shared the trip driving the camper. He helped organize and was a Charter member of the Unitarian Universalist Congregation of the South Jersey Shore, where he was greatly loved and admired, and was passionately involved in building the UUCSJS Center in Galloway. A memorial service will be held there in September. In lieu of flowers, memorial contributions are suggested to: UUCSJS Center, PO Box 853, Pomona, NJ 08240. (Spilker Funeral Home, Cape May) info and condolences: spilkerfuneralhome.com

The family of Bob Gillies created this Life Tributes page to make it easy to share your memories.

Send flowers to the Gillies family.