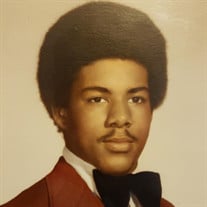 VASSER Jr., William H. “Billy” (aka Sputnik) – 61, lifelong resident of West Cape May and Cape May, passed away on Saturday evening, July 13, 2019 at Penn Presbyterian Hospital after an extended illness. He graduated from Lower Cape May Regional High School (Class of 1976) where he played football and was into karate. A man of honor, Billy proudly served in the United States Army, 82nd Airborne, Ft. Bragg, NC. Billy was a lifelong farmer, working Les Rea’s Farm in West Cape May and also farmed his own family’s farm for the love of it. He was a mechanic and understood how machinery, both big and small, worked and could fix just about anything. Billy was a hard worker and had many occupations throughout his life, his most recent employment was with Harbour Furniture in Middle Township, holding the position of head warehouse manager. Billy was an avid sports fan and loved the Dallas Cowboys. Above all things, he was a “family man” and was a devoted and loving husband, father, son, brother and uncle – and that is what he was most proud of in his life. He is predeceased by his mother, Alma and his brother, Gary. Billy is forever loved by his family which includes his wife, Jackie Vasser (nee Carter); children, Chauncee, Ci’Ane, John, twins LeTisha and Florence, Nakeya; granddaughter, Laticia; his father, William H. Vasser, Sr.; siblings, twin sister Esther, Chris and Mary; nephew, Kiowa and nieces, Tiffany and Ivy; uncles, John and Michael; aunt, Shirley Johnson (nee Vasser) and a host of cousins and extended family. Billy’s memorial ceremony will be held on Saturday (July 20th) at 11am in the Macedonia Baptist Church, cor. of Lafayette and Franklin Sts., Cape May. In lieu of flowers, memorial contributions are suggested to Fresenius Kidney Care North Cape May, 3301 Bayshore Rd, Cape May, NJ 08204. (Spilker Funeral Home, Cape May) info and condolences: spilkerfuneralhome.com

VASSER Jr., William H. &#8220;Billy&#8221; (aka Sputnik) &#8211; 61, lifelong resident of West Cape May and Cape May, passed away on Saturday evening, July 13, 2019 at Penn Presbyterian Hospital after an extended illness. He graduated from Lower... View Obituary & Service Information

The family of Billy Vasser created this Life Tributes page to make it easy to share your memories.