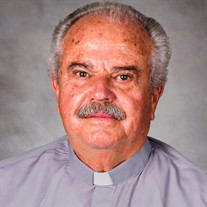 LAUTH, William C. “Bill” – 78, of Stone Harbor, passed away on Saturday, June 26, 2021, peacefully while surrounded by his family. Bill is forever loved and deeply missed by his wife of 58 years, Ann; his children, Bryan (and Teresa) Lauth and Karen Lauth; four grandchildren, Kaitlyn, Lauren, Billy and Alex; one great grandson, Kevin; as well as his nieces, nephews and cousins. He is predeceased by his two sisters, Hedwig and Delores. Anyone who knew Bill knows that he was an incredible force of kindness, strength, and love. In every endeavor he undertook, Bill gave his whole heart, whether it be his role as a Deacon at St. Brendan the Navigator, a business owner (to Pete Smith’s Surf Shop and Bodine Tool Company), a member of the board at St. Augustine Preparatory School, an active member of his community, or as patriarch to his family. Bill always put the needs of others before himself, striving to make sure everything and everyone was taken care of truly and completely. He was devoted to the things that he loved, and he loved the things that he did; as was evident by his incredible work ethic and passion for perfection in all his adventures. Whatever was important to his family was important to Bill, going out of his way to assist and support them every step of the way. He never shied away from a new obligation, spearheading many projects such as the Procession of the Sea for the Feast of the Assumption, which he cherished. While Bill had the utmost respect for his responsibilities, this never prevented him from injecting some humor into any situation, making everyone feel at ease regardless of the circumstances. As a child, Bill frequently visited Wildwood with his family where he met the love of his life, Ann Lauth, while working as a lifeguard at the Chateau Blue (Ann’s family’s hotel). With a never-ending admiration for the ocean, Bill and Ann eventually decided to move to Stone Harbor full-time, purchasing a house on the bay. There, Bill imparted his wealth of knowledge on boating, fishing, and shell hunting to his children and grandchildren. Bill had a great love of adventure, both on land and sea, always forging new paths and making discoveries. Bill Lauth, “Pop-pop”, “Uncle Bill”, will live on forever in the hearts of his family of which he was so proud. Bill’s Mass of Christian Burial will be celebrated on Friday (July 2nd) at 11am in St. Paul’s Roman Catholic Church, 9910 3rd Ave., Stone Harbor where his viewing will take place from 9:30am until 10:50am. Interment will be private. In lieu of flowers, memorial contributions are suggested to the Pancreatic Cancer Action Network. (Spilker Funeral Home, Cape May) info and condolences: spilkerfuneralhome.com

The family of Bill Lauth created this Life Tributes page to make it easy to share your memories.