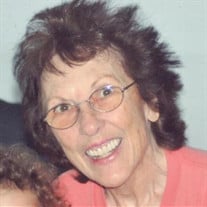 BEDNAR, Barbara K. – 81, of Cape May passed away on Saturday, June 11, 2016. Barbara has been a resident of Cape May for the past 50 years after moving here from Northfield. Upon her move to Cape May, she purchased the Heritage Inn Motel on Beach Avenue and has operated the business there ever since. Ten years after her move to Cape May she purchased a second motel, The Patterson Motel, now known as Southwinds, and at the time was the only woman in Cape May to own and manage two motels at the same time. She was the former vice president of the Hotel Motel Assoc. in Cape May and held various positions over the years in the Cape May Chamber of Commerce. Barbara, also affectionately known by her family as “Mommom” and/or “G-Ma” was extremely ambitious, intelligent; highly self-motivated and certainly stern when she needed to be. A woman ahead of her time, she was a trailblazer in the motel business while being a single mother and grandmother raising grandsons, Mark and Eric. She loved to dance; always supported the welfare of animals; was a Philadelphia Phillies sports fanatic and an Allen Iverson 76ers fan as well. Above all things, she is forever remembered as the devoted matriarch of the Bednar/Finley family and is truly missed and forever loved by the people who were fortunate to be closest to her. She is predeceased by her infant daughter, Terry Lynn Bednar; her son, Mark Bednar, Sr. and four of her siblings. Barbara is dearly missed by her loving family which includes her daughter, Gwen (and Michael) Finley; sister, Anna Davidson; brother, Nelson (and Roxanne) Kerley; five grandchildren, Mark Jr., Eric, Michael Patrick, Tyler and Brionna. Barbara’s life will be celebrated on Tuesday (June 21st) at the Spilker Funeral Home, 815 Washington St., Cape May where there will be a viewing from 10am – 11am with her Celebration of Life Ceremony beginning at 11am. Entombment will follow in St. Mary’s Cem., Cape May. Family and friends are strongly encouraged to wear casual, light-colored clothing (no black). In lieu of flowers, memorial contributions are suggested to: Beacon Animal Rescue, 701 Butter Rd., Ocean View, NJ 08230. Info and condolences: spilkerfuneralhome.com Although this website offers many options to send flowers, PLEASE observe the request of the family to send a memorial contribution in stead to: Beacon Animal Rescue, 701 Butter Rd., Ocean View, NJ 08230.

BEDNAR, Barbara K. &#8211; 81, of Cape May passed away on Saturday, June 11, 2016. Barbara has been a resident of Cape May for the past 50 years after moving here from Northfield. Upon her move to Cape May, she purchased the Heritage Inn Motel... View Obituary & Service Information

The family of Barbara K Bednar created this Life Tributes page to make it easy to share your memories.

Send flowers to the Bednar family.