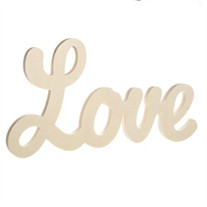 Baldacchini, Ann – of Cape May, passed away peacefully at home, surrounded by family and loved ones on July 10, 2019. She was just shy of her 90th birthday. Ann was born in Kuala Lumpur, Malaya, where her father worked as a British civil servant and planter. Upon returning to England, Ann attended the Royal Masonic School for Girls in Rickmansworth, Hertfordshire. She graduated in 1946, the year of the school’s centennial, when the school was visited by King George Vl and Queen Elizabeth – parents of the current Queen. Following formal ceremonies, the queen stepped from the stage to speak briefly with some of the students. Ann, an unredeemed monarchist to the end, was thrilled when the queen stopped to ask about her plans upon leaving school. She loved telling how this chance encounter led to her career as an Occupational Therapist, first at the Whittington Hospital in London, and later in America for New Jersey State schools for children afflicted with Cerebral Palsy. In 1963, Ann married, moved to America, and started her family. For one year, 1972 -1973, Ann and the entire family returned to England, where she worked in geriatric therapy at clinics in Oxford. Before moving to America, Ann served as National Secretary for the Young Adult Chapter of the Presbyterian Church in England. With this group, she sailed around Norfolk, England, and across the channel to France. Much of Ann’s 28 years of retirement were spent in Maine and Florida where she kept up her interest in swimming, sailing, needlepoint and mahjong. But Ann’s major claim to a life well-lived was her role as wife, mother and friend to those privileged to know her. Ann is survived by her husband of 56 years, Michael; daughters, Carolyn, Cathryn and Cynthia; sister, Elisabeth; grandsons, Ian, Evan and Will; and great-grandson Grayson, whom will miss her exceedingly. Ann’s memorial ceremony and celebration of her life will take place on Monday (July 22nd) at 11am in the Spilker Funeral Home, 815 Washington St., Cape May where her family will receive guests from 10am until 11am. In lieu of flowers, memorial contributions are suggested to Alzheimer’s Assoc., online at https://www.alz.org/nj/donate Info and condolences: spilkerfuneralhome.com

Baldacchini, Ann &#8211; of Cape May, passed away peacefully at home, surrounded by family and loved ones on July 10, 2019. She was just shy of her 90th birthday. Ann was born in Kuala Lumpur, Malaya, where her father worked as a British civil... View Obituary & Service Information

The family of Ann Baldacchini created this Life Tributes page to make it easy to share your memories.

Baldacchini, Ann – of Cape May, passed away peacefully at home,...