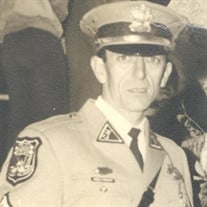 INFANTO, Angelo – 85, of Cape May, Retired CMPD Lieutenant and former Mayor of Cape May City, passed away at his home on Saturday, February 18, 2017. A man of honor, Angelo proudly served in the United States Coast Guard during the Korean War. He served the City of Cape May in many capacities. He was a life member of the Cape May Volunteer Fire Co.; a distinguished police officer for the City of Cape May, retiring as Lieutenant; served on many city government councils and was a former Mayor of Cape May City. Throughout his life, Angelo was always eager to help friends and strangers alike with an unmatched level of energy, genuine kindness and enthusiasm. He had received many awards and citations for his selfless nature and his active involvement in the Cape May Community. During his younger years he organized and managed the Roller Skating Program through the City of Cape May at Convention Hall and was a terrific roller skater himself. He was a member of the Corinthian Yacht Club of Cape May; the American Legion Harry Snyder Post 193, Cape May; VFW Peterson Little Post 386, Cape May and was a devoted member of Our Lady Star of the Sea Church, Cape May where he was also a member of the 4th Degree Knights of Columbus, St. Mary’s Council. Angelo was a loving husband to his wife Eleanore for 59 years prior to her passing in 2012. He is also predeceased by brothers and sisters. Angelo is dearly missed by his family which includes his two sons, Angelo, Jr. (and Jill) Infanto and William (and Villa) Infanto; sister, Nancy Lewicki; three grandchildren, Cheyenne (and Frank) Vargas, Angelo Infanto and Samantha Infanto; four great grandchildren, Allen, Triniti, Kloe and Maxx. Mass of Christian Burial will be celebrated on Friday (Feb. 24th) at 1:30pm in Our Lady Star of the Sea Church, 525 Washington St., Cape May where friends will be received from 12:30pm to 1:30pm. Interment with Military Honors will follow in the Cape May Co. Veterans Cemetery. In lieu of flowers, memorial contributions are suggested to a charity of your choice. - Although this website offers many options to send flowers, PLEASE observe the request of the family to offer a memorial contribution instead to the charity of your choice.

INFANTO, Angelo &#8211; 85, of Cape May, Retired CMPD Lieutenant and former Mayor of Cape May City, passed away at his home on Saturday, February 18, 2017. A man of honor, Angelo proudly served in the United States Coast Guard during the Korean... View Obituary & Service Information

The family of Angelo Infanto created this Life Tributes page to make it easy to share your memories.

INFANTO, Angelo – 85, of Cape May, Retired CMPD Lieutenant and...

Send flowers to the Infanto family.