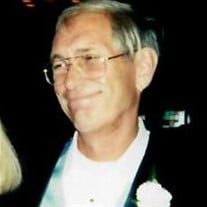 ROBSON, Allan R., III – 67, of the Cold Spring Section of Lower Township, passed away on November 10, 2018. Born in Cape May, Allan was a lifelong resident of the area and graduated from Lower Cape May Regional High School. He honorably served in the United States Coast Guard during the Vietnam War. Thereafter he attended college on the G.I. Bill. Allan helped in the construction of both Big Timber and Beachcomber Campgrounds. He was passionate about the sea, having worked on several fishing boats and with the Boston Tug Boat Company. After working as an engineer with the BTBC for several years he returned to Cape May to care for his mother. He enjoyed the simple things in life; reading a good book, a cocktail with a friend and simply being with those he loved and those close to him. Allan had a charm about him as most Robsons do. That warm feeling that no matter what was going on in your life, when you visited them/him they were very inviting and unjudgmental. Among many things, he will be remembered as a person who was generous with his time for those in need and for the loving and devoted care he gave to his Mom, Jean prior to her passing earlier this year. He is predeceased by his parents, Allan R. “Bud” and Jean Robson. Allan is forever loved by his family which includes his two sons, Allan R., Robson, IV (Amy) and Thomas Robson (Angela); brothers, Ronald Robson (and Jannette), Gary Lee Robson, Sr. (Debra) and David Wayne Robson; 5 grandchildren, Justin, Amber, Allie, Tom and Bailey. Relatives and friends will be received on Wednesday (Nov. 28th) from 10am until 11am in the Spilker Funeral Home, Cape May where a time of sharing thoughts, memories and prayers will be offered by family and friends beginning at 11am. In lieu of flowers, memorial contributions are suggested to the Wounded Warrior Project, PO Box 758517, Topeka, Kansas 66675-8517 or online at www.woundedwarriorproject.org Info and condolences: spilkerfuneralhome.com

ROBSON, Allan R., III &#8211; 67, of the Cold Spring Section of Lower Township, passed away on November 10, 2018. Born in Cape May, Allan was a lifelong resident of the area and graduated from Lower Cape May Regional High School. He honorably... View Obituary & Service Information

The family of Allan R. Robson III created this Life Tributes page to make it easy to share your memories.